The Turner Trials are three days of elite searches.  Penny Scott-Fox organizes these trials in memory of her late dog Turner.  This year, she managed to get access to the Dry Town Water Park in Palmdale! Needless to say, Jeff McMahon and Ramona Audette made full use of the large areas and steady desert wind to set some seriously devious hides.  These judges understand odor extremely well and while the searches were always difficult, they were never impossible.

While I was unable to compete in all three days, I was lucky to be able to compete yesterday.  Iona earned a first, second, and third in her searches, first overall and the Best Teamwork award for the one day trial!  I went into this trial a bit nervous, as the last time that Iona had searched at an elite level was at last year’s Turner Trials…  I felt that it was important to set reasonable goals for the day and my personal goals were to give Iona time to source each hide and to make sure that she covered each search area.   I was extremely happy with our performance throughout and could not be more proud of my girl. 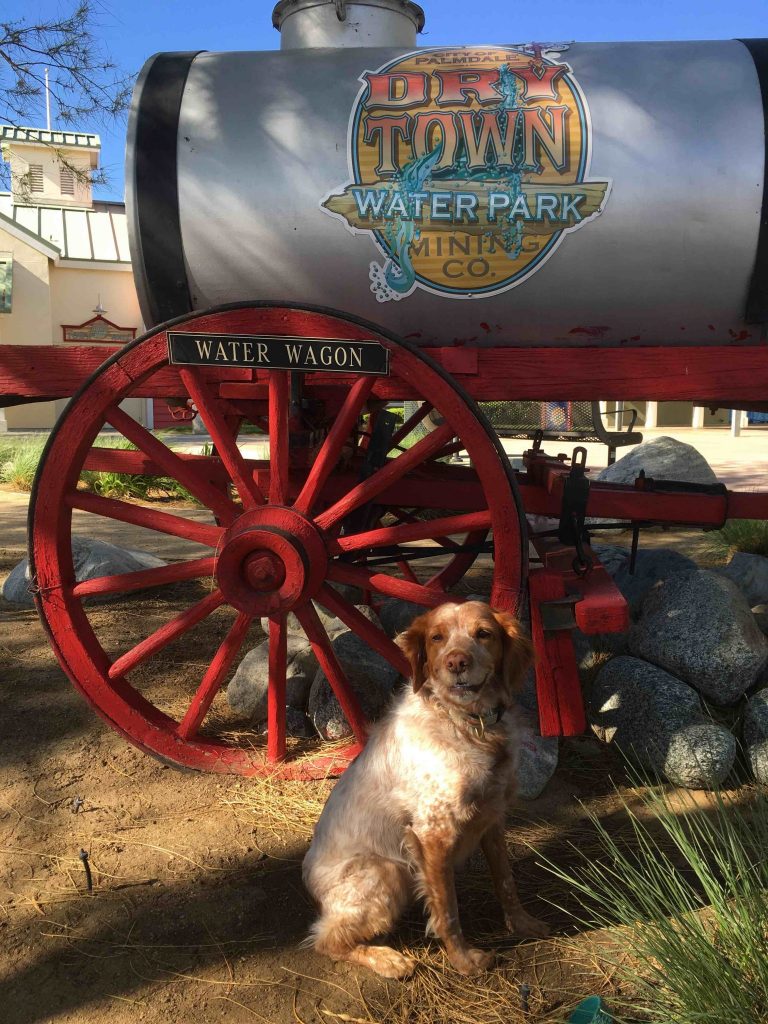 The first search of the day was called the Lazy River and was a medium sized area with a grass and concrete.  One side of the search area was bounded by a pool with steps leading down into the pool.  There were 2-5 hides in the area and we were given 3.5 minutes to clear the area.  Of course the pool was off limits, however the dogs could search right up to the edge of the pool.  Iona busted into this search area full of focused energy and proceeded to find four hides extremely quickly.  The last hide took us up to the 30 second warning and was found in the neoprene sleeve on the rail leading down into the pool.

Jeff’s masterpiece was the next search. He named this “99 problems” because there were 9 hides and we had 9 minutes to find them. This search area was around the bottom of one of the slides and was absolutely HUGE.  By far the largest search area we have ever searched. The area was shaped like a boomerang with a grassy field on the left arm. Buildings, a shower, and the support beams for the stairs were in the center. On the R arm was the actual slide.  The back of this area was bounded by shrubs and a fence.

There were a few things that I did wrong on this search:  I forgot to start my timer and forgot how many hides we had found.  I also could have organized the search a lot better.  However, I did a good job at letting Iona work each puzzle and calling alert correctly, I also did a good job at moving her through the empty areas and keeping her in the productive areas.  Finally I did a good job at reading her when she was not working but was rather smelling dog pee, bird poop, lizard hunting, or chasing a live rat (which she did at varying times during this search).  I was most proud of how we handled the two elevated inaccessible hides in this search, calling one right before time ran out!   In the end, we found 7/9 hides and earned a first!  I can not wait for this video!

The last search of the day were back to back searches with an unknown number of hides and  unknown time limits.  The first search area was a large circle that was essentially blank (a few benches along the edges) with the wind to our backs.  We zipped along the edge working clockwise and 15  seconds into the search, the timer yelled “30 second warning”.  At that same time, she caught odor.  I knew it was a ground hide and she started working it up wind.  It was a nail biter, but she ended up sourcing it just a second or two after time ran out.  The second search was essentially the same except for we had a bit more time, this time she found three hides.

Overall, this was such a great experience.  Iona and I left each search grinning and satisfied that we had been pushed to our limits.  Running elite searches like this is such a rush.  During the search, the rest of the world disappears and the only thing that matters is the connection between me and Iona, I react to every movement of hers and she to mine.  It is an intricate  dance at high speed where both of us take turns leading and following.  I am always humbled by her skill and enthusiasm for this sport, and I am lucky to have such an innately skilled partner. 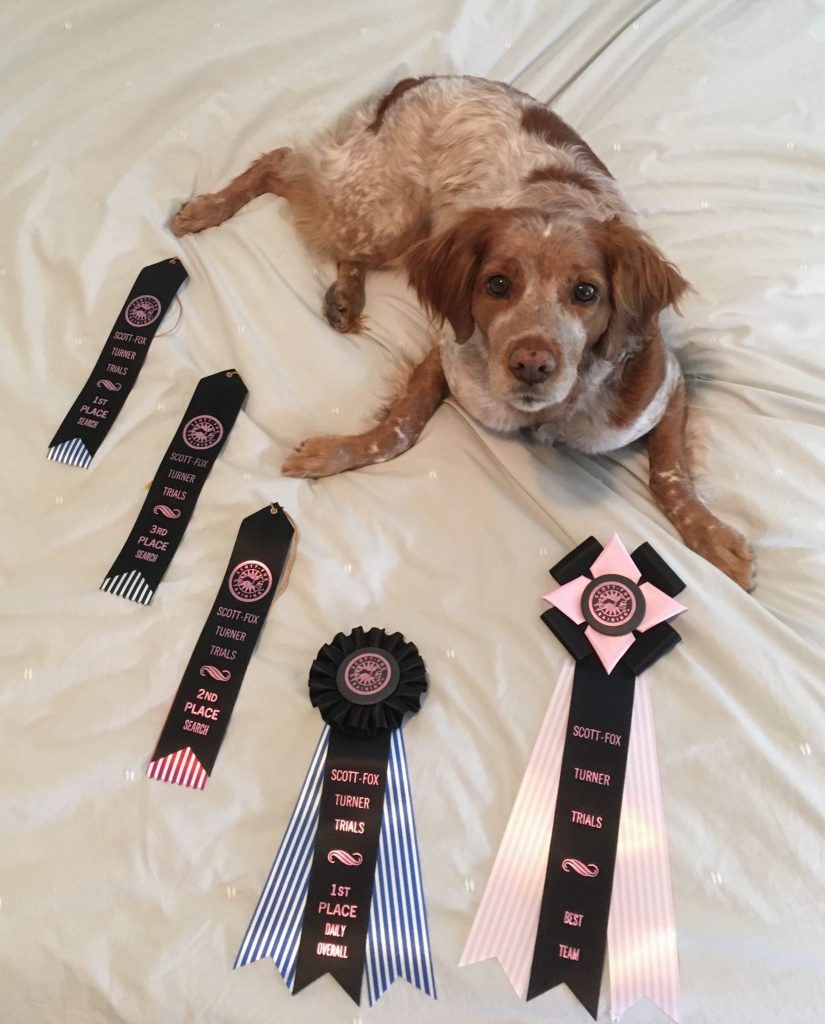